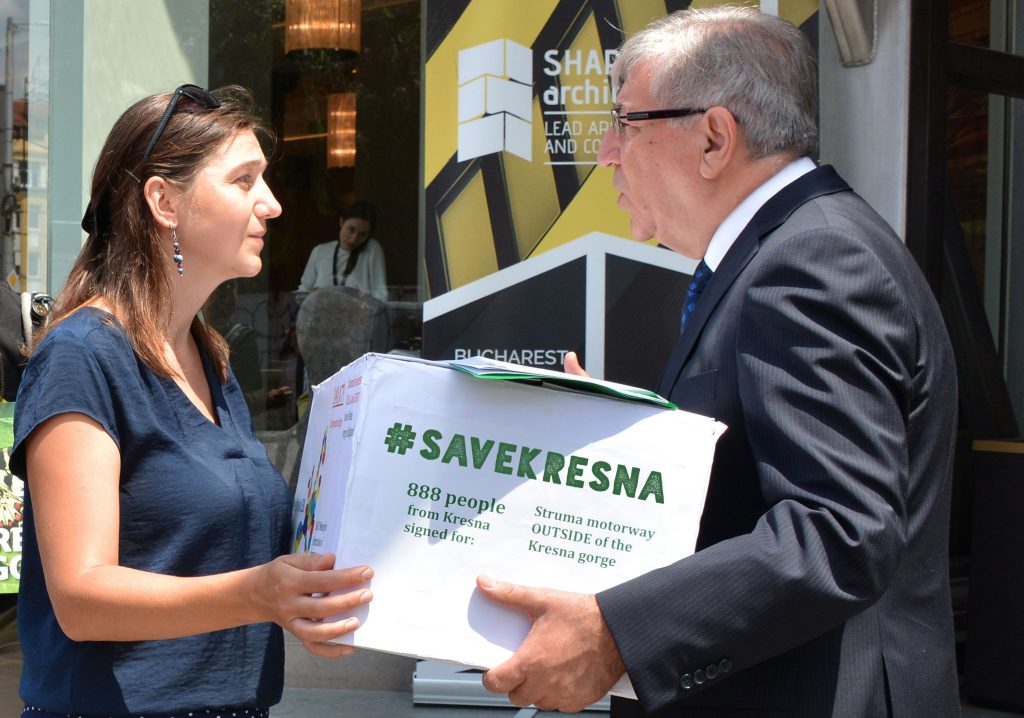 The European Commission has today been urged to ensure the safety of one of Eastern Europe’s richest wildlife sites.

Kresna Gorge in Bulgaria – a fragile valley of outstanding importance, with twice the butterfly species of the UK – is threatened by a Bulgarian government decision to build an EU-funded motorway through it. Construction could start soon if the Commission doesn’t act.

Local communities in the Gorge, 140,000 European citizens, Europe-wide civil society organisations, as well as the World Rafting Federation have today called for the Commission to ensure that the EU-protected Gorge is conserved, that the planned motorway avoids the EU-protected Gorge, and that the €781 million of EU taxpayer funds earmarked for the project does not subsidise nature destruction.

Bulgarian citizens and nature campaigners today met EU Environment Commissioner Vella in Sofia to hand over petitions from eight hundred local residents and over 140,000 citizens, calling on the Commission to take action. Europe-wide organisations have also written today to the Commissioner stating that failure to act would allow a breach of EU and international legislation.

Desislava Stoyanova from Za Zemiata/Friends of the Earth Bulgaria said:

“The Bulgarian government is determined to destroy one of Bulgaria’s most precious natural jewels, and ruin local communities and sustainable tourism, by cutting a motorway directly through it. European law is the Kresna Gorge’s last chance and as custodian of these laws we urgently need the European Commission to act, before the constructors move in.”

“This nature jewel will be lost for ever if the EU allows this motorway to be built. Thousands of citizens across Europe are calling for Commissioner Vella to step in and stop this destructive plan.”

The World Rafting Federation have also stated that:

“There is no other river on the Balkan Peninsula so suitable for practicing sport and commercial rafting as Struma [in Kresna Gorge]”, and claim that thousands of people come to “enjoy the unique nature, because the Kresna Gorge is one of the richest [places in Bulgaria] in wild plants and animals.”

Kresna Gorge in southern Bulgaria is an area of outstanding importance to European wildlife and ecology – Bulgaria’s single richest biodiversity site. The narrow 17km-long Gorge, a Natura 2000 site, connects Mediterranean with interior Balkan ecosystems, and is a home and a crucial migratory corridor to many EU protected species such as brown bears, tortoises, rare bats, griffon vultures, and butterflies. 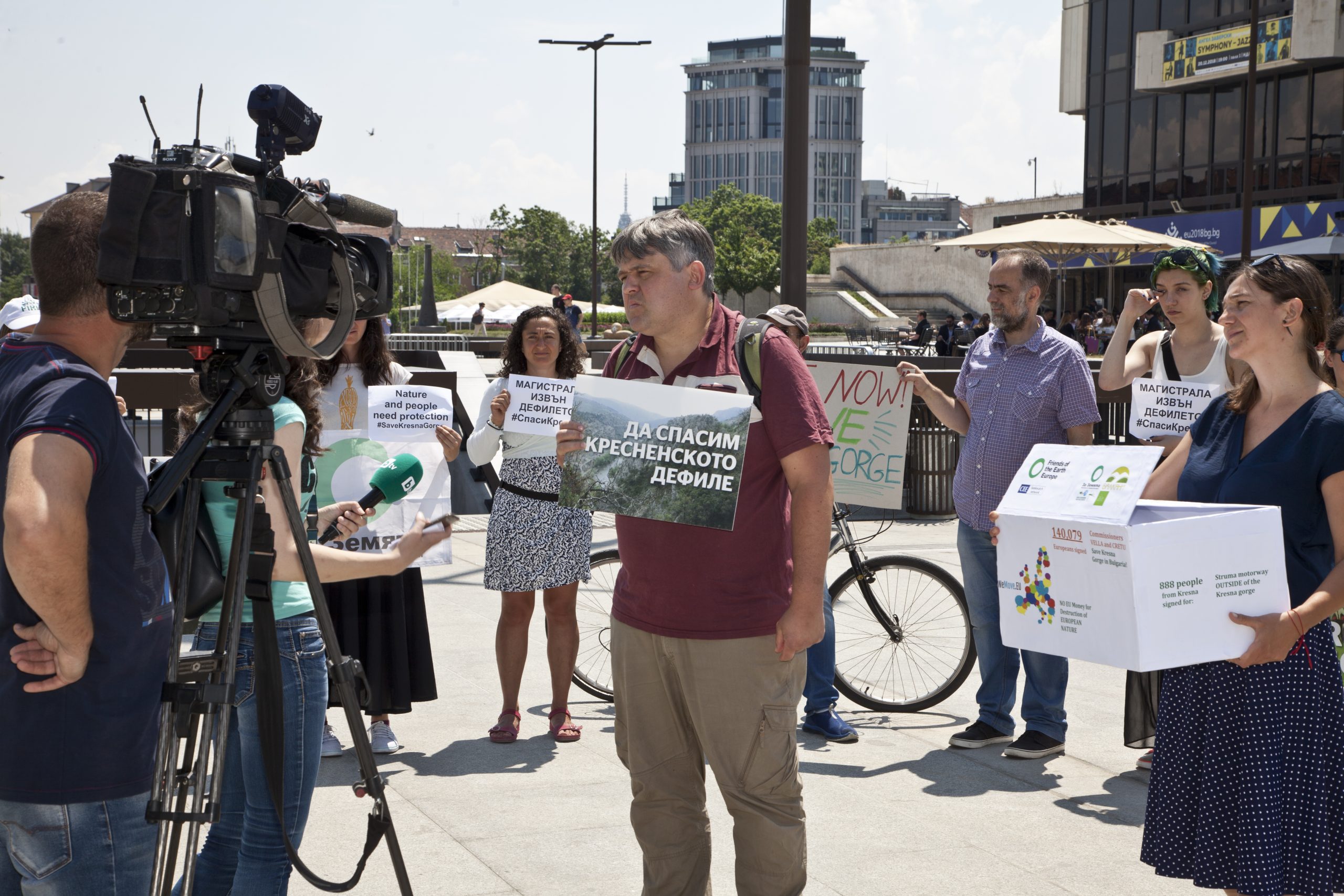 Today campaigners from @zazemiata met EU environment chief @KarmenuVella to present the concerns of 140,000 people and 800 locals – demanding #SaveKresna!
The EC must step in to save one of Europe’s most precious natural jewels from destruction by an EU motorway.#NatureAlert pic.twitter.com/A6uXvEsJ1y