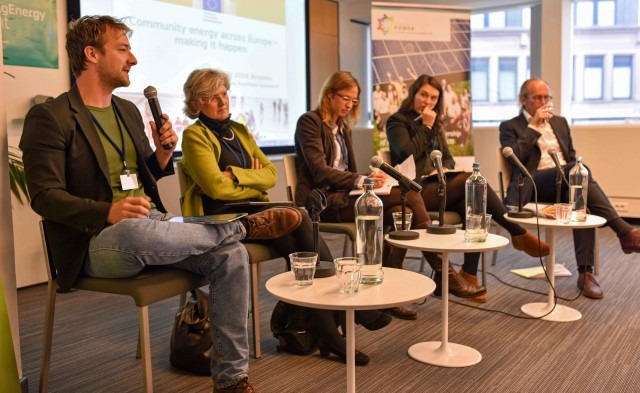 Europe’s burgeoning movement of communities who own and are active in running renewable energy resources is gaining power, a conference in Brussels heard this week.

The event – ‘Community energy across Europe – making it happen‘ – brought together energy cooperative members, politicians, policy makers, renewable energy industry representatives and climate change campaigners to take stock of their success to date and plan for the future.

Latest figures suggest there are now around 2500 renewable energy co-operatives across 16 European countries. In Germany alone 1.5 million citizens generate electricity on their roofs.

One example came from Som Energia cooperative in Spain. Its goal is promoting citizen participation in changing the current energy system for one that is 100 percent renewable, efficient and in the hands of citizens.

When the cooperative started supplying electricity from renewable sources in October 2011 it had 750 members. Now, it is managing 18,000 electricity contracts. The cooperative is independent of bank loans having raised finance at the grassroots level and it employs 12 paid staff. 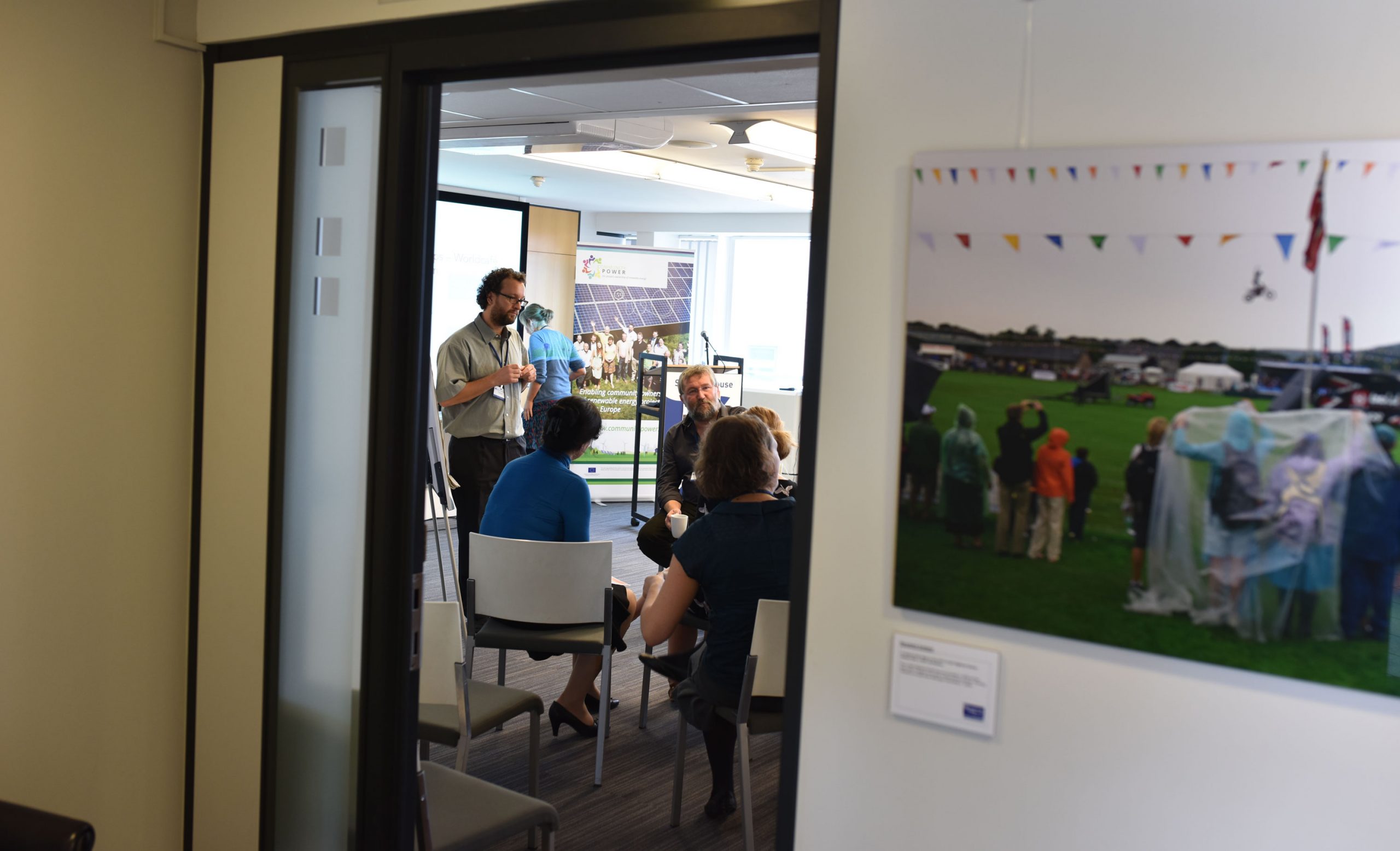 Another inspirational story comes from Schoenau, in Germany, where in 1991 the town’s citizens voted by referendum to take control of their local electricity grid. They set up an energy cooperative, EWS, which now has 3500 members and 150,000 customers.

“Everywhere you have democratic structures, Schoenau can happen. The citizens energy movement has stepped so far forward that it won’t be stoppable,” Tanja Gaudian of EWS told participants.

Scotland’s expanding community energy sector is “one happy chapter” which began in earnest ten years ago upon the recognition that Scotland’s “renewable energy opportunity was masquerading as bad weather,” Scotland’s Minister for Energy, Enterprise and Tourism, Fergus Ewing, told the conference.

The growth of community-controlled energy in Scotland can be attributed in large part to the support shown by the national government in the form of a target for community energy of 500MW by 2020.

“We are powering our way towards this target with nearly 300MW now which is a 40% increase on last year,” Fergus Ewing said.

Luxembourg’s MEP Claude Turmes was upbeat. “Thanks to you we are on the move to changing the energy system of Europe,” he said, noting that both technology and policy have aided the growth in community-owned renewable energy.

That Europe’s energy system is in a serious transition was echoed by Marie Donnelly of the European Commission’s DG Energy. “Europe’s energy has been on a path of evolution and it’s now looking like we are moving into a revolution of the system,” she said.

The conference took place ahead of a summit next week where European governments will hammer out plans for climate and energy for the year 2030. As it stands there is no dedicated European legal framework for community energy. Instead we have piecemeal support for this burgeoning sector.

It is time for European decision makers to listen to the people who are leading the energy revolution.

With such a framework and the right support at national level communities’ control in, and ownership of, clean energy can increase and flourish.