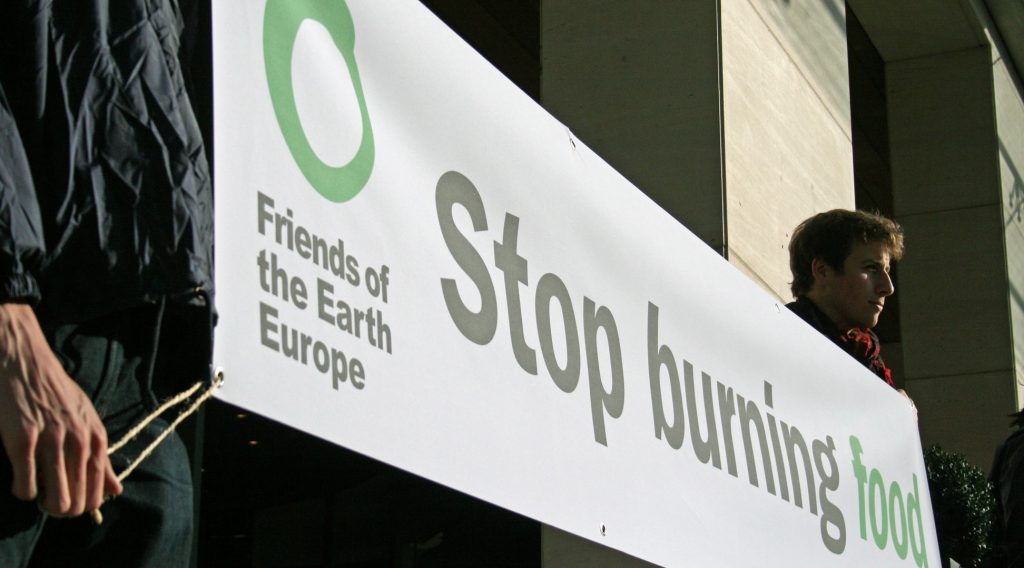 After 21 months of delay, the European Commission has drafted a framework to reform EU biofuels policy and the massive carbon emissions caused by expanding agriculture for biofuels.

The draft policy [1] aims to address so-called ‘indirect land use change’ (ILUC) where agriculture has to expand to accommodate biofuels demand. This happens at the expense of forests and natural habitats, and causes carbon emissions. The emissions from ILUC mean that many biofuels in Europe’s cars, including soy, rapeseed and palm oil, have a worse carbon footprint than normal fossil fuel. [2]

However, the draft reform – which has been leaked but has not been officially published yet – does not go far enough according to Friends of the Earth Europe.

Robbie Blake, biofuels campaigner at Friends of the Earth Europe commented on the reforms: “Biofuels are wreaking havoc on tight food markets and our forests, increasing hunger and accelerating climate change just so Europe can fuel its cars.

“The EU needs to comprehensively close the carbon accounting loophole [from ILUC], otherwise biofuels will continue to expand agriculture for fuel at the expense of forests and natural habitats, and increase carbon emissions.

“After months of delay, the Commission has come up with a messy compromise that acknowledges that ILUC is extremely serious, but then fails to address it in all pieces of legislation. This proposal would see an increase in Europe’s biofuels made from food, when what we need at this time of food crisis is to stop burning them altogether.

“There will be resistance from the gluttonous cereal and biofuel industry lobby trying to maintain the status quo, but these proposals are the bare minimum that the public should expect.  The Commission must resist pressure to water down and further delay ILUC reform.”

The main points of the draft reform are:

[1] 21 months after the Commission was due to present legislation addressing ILUC, agreement over the reform has now been reached within the Commission, and on Monday (10 September) draft legislation was sent to all Commission Directorates for final consultation. The draft document is available here.  [2] ‘ILUC’ means that many biofuels harm the climate even more than the fossil fuels they replace. In 2010, a report for Friends of the Earth Europe estimated that meeting EU biofuels targets will emit CO2 equivalent to adding an extra 14 to 29 million cars on Europe’s roads by 2020. (see www.foeeurope.org/Europe-biofuels-driving-destruction-101110)

Reports (http://trade.ec.europa.eu/doclib/docs/2011/october/tradoc_148289.pdf) for the European Commission have also found that biofuels from palm oil, soy, and rapeseed have a worse carbon footprint than normal diesel.

Friends of the Earth Europe and other campaign groups have consistently called for the carbon accounting loophole that ignores ‘ILUC’ emissions to be corrected in all the EU relevant legislation – both the Renewable Energy Directive and the Fuel Quality Directive.