Against the tide: tackling palm oil in Indonesia 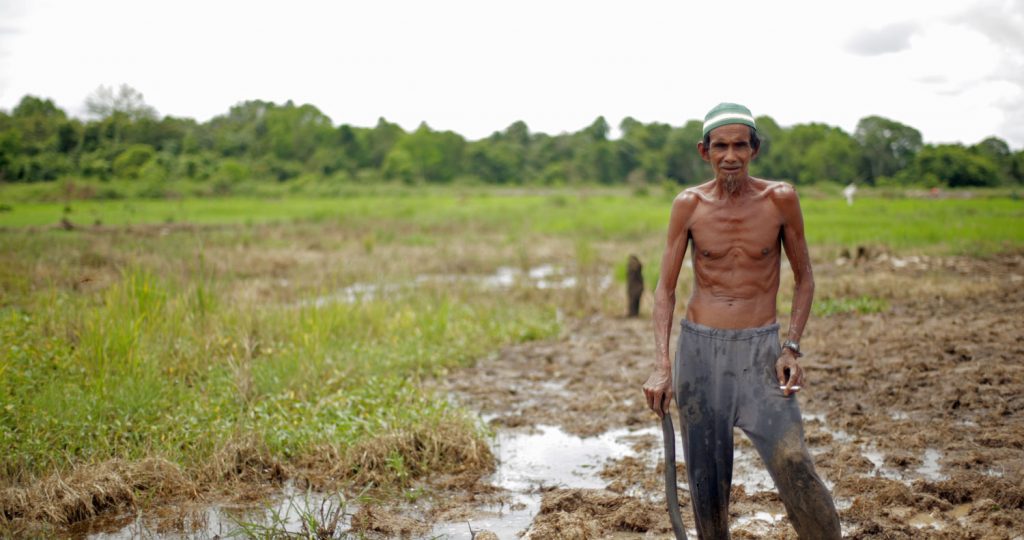 Anne van Schaik, from Friends of the Earth Europe, visits Indonesia to meet with palm oil company Wilmar to highlight the devastating environmental and social impacts of palm oil production.

Wilmar International, one of the world’s largest palm oil traders, have been the long-standing target of Friends of the Earth groups, who have pressured the company to end its abusive practices of deforestation and land-grabbing. This week, campaigners from Friends of the Earth Europe, US, Uganda and Indonesia met face-to-face with the company in Indonesia to discuss these issues, and to follow up on the implementation of its recent “No Deforestation, No Peat, No Exploitation” policy.

Large discrepancies between Wilmar’s public communications on specific cases of land-grabbing, and the reports presented by our groups on the ground, has created an atmosphere of uncertainty, in which the company’s financiers are placed in a role of arbiters.

Wilmar’s new policy declaring an end to deforestation, exploitation and peat conversion was published in December last year, but has been followed by numerous reports of environmental and social problems with Wilmar’s palm oil operations in Liberia, Nigeria, Uganda and Indonesia – some of which contradict their new policy.

Our discussions with Wilmar during the visit made it clear that, along with their consultants The Forest Trust, Wilmar has failed to review the cases brought to light by Friends of the Earth. This raises serious concerns about Wilmar’s commitment to sustainability, and to its new policy with which it is appeasing concerned financiers. Communities will continue to be left landless and forests will continue to be razed for palm oil.

The meeting coincided with scathing coverage in the German press on Wilmar in Der Spiegel, criticism of the ability of voluntary initiatives to bring about the needed transformations in saving forests, and an editorial in The New York Times acknowledging the need to rein in the palm oil sector.

The challenges, particularly in Indonesia, are enormous. Nur Hidayata, campaign director for Friends of the Earth Indonesia said: “In Indonesia 12 million hectares are already developed as palm oil plantations, and the government has made a firm commitment to have 26 million hectares in total developed by 2020.”

According to figures from Friends of the Earth Indonesia, 85 percent of Indonesia’s forest area is under the control of companies. Of 130 million hectares of forest area in this vast island nation, 57 million hectares are already licensed to timber, pulp and paper and palm oil companies. Halting the expansion of palm oil and to giving community land back to communities will only be achieved through deep structural changes in the way the country manages its land and resources, and a profound shift in the rules governing finance and trade from profit to people.

In Uganda, Wilmar, along with the Ugandan government and the World Bank, funded the expansion of huge palm oil plantations on islands off the coast of Lake Victoria. Most of the land belonged to local communities and indigenous peoples.

David Kureeba, forest and biodiversity campaigner with Friends of the Earth Uganda said: “Wilmar’s palm oil project has caused the destruction of forests, has confiscated public land and evicted community members from that land.”

It is now clear that while Wilmar may have plans to improve its public sustainability profile, it has made little progress on the ground. Wilmar’s sustainability policy may impact its future operations, but is of little help addressing the years of deforestation and neglect that preceded it. As a company representative told us, “You can’t bring a dead fish back to life by throwing it in the river.”

We are calling on Wilmar to take immediate steps to end the conversion of natural forest into plantations; to adhere to national laws in the countries where it operates; to apply Free Prior and Informed Consent (FPIC) in all of its operations, including returning lands acquired without communities’ consent and to stop purchasing palm oil from the Bumitama Agri company – which is managing a plantation without the necessary permits, thereby bringing illegal palm oil into the supply chain.